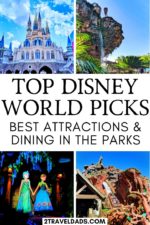 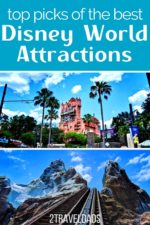 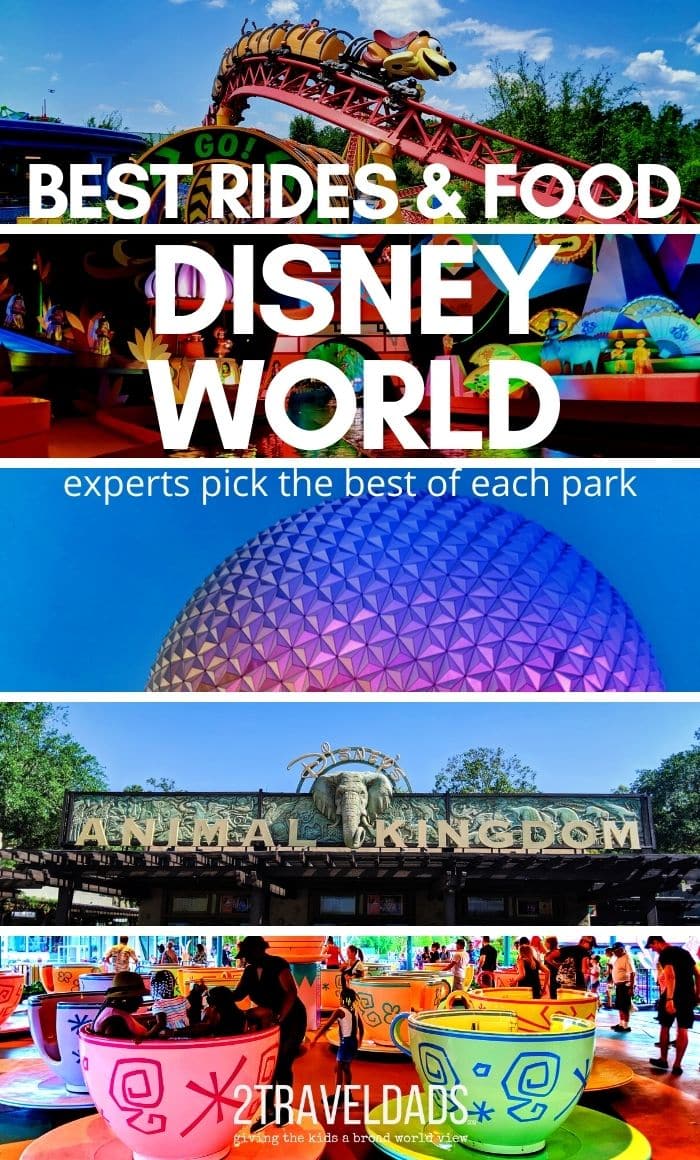 Everyone talks about Disney World with a reverence nearing religion, and I get it. It’s a magical place with so many things to do and cool places to stay, but we get asked all the time: “Is Disney World really all it’s cracked up to be?” Well, the long and short of it is yes! We’re talking about all things, from the most fun rides to the best food in the parks and why Disney World is all worth it.

In this podcast episode we are talking with a Walt Disney World expert and travel blogger, Victoria Yore of the incredible Disney travel resource Disney Trippers. We thought it would be a good idea to go park by park at Disney World and pick the attractions that are the best and most worth your time. From the Magic Kingdom to Animal Kingdom, we’re choosing the best rides and restaurants in Disney World.

Be sure to check out our complete First Timer’s Guide to Disney World for more info!

Top Picks for the Best Disney World Attractions (and food!)

If you’re not into listening to podcasts, don’t worry. Here’s the breakdown of everything we talk about in the recording and links to all the information you need so you can decide if a Disney World vacation is worth it for you. And as always, please leave us a comment or send us a note if you have more questions we didn’t cover.

Our Disney Travel Chops – Who We Are

I recorded this podcast episode with Victoria from Disney Trippers and Follow Me Away. She’s an Annual Pass holder (AP) and local Florida resident. Having been going to Walt Disney World since she was a kid, she’s got more experience in her left pinky than our whole family combined when it comes to picking the best attractions in Disney World. Victoria and I have very different opinions on a lot of Disney and travel, so this conversation was fun, and included a fair about of Disney debate.

For me (Rob), I grew up going to Disneyland and used to work for Disney so I have a lot of experience too. My family and I have been going to Disney World in Orlando now for the last four years consistently, so sharing our perspective should help you decide if Disney World is all it’s cracked up to be.

Best of the Magic Kingdom

Starting with Magic Kingdom, this is Victoria’s least favorite of the Disney World parks and my second favorite. Over the years, Magic Kingdom has become very event-heavy with many that are an extra cost to visitors. Victoria stated that she gets frustrated with how operating hours have been impacted by special events year round. Additionally, the parking situation has changed over the years which really adds time to getting into the park for the day.

Check out our Comparison of Disneyland and the Magic Kingdom!

After thorough discussion, here’s what we each think are the best attractions and experiences in Magic Kingdom.

Best Dining in the Magic Kingdom

Best restaurant in Magic Kingdom:  Jungle Navigation Co. LTD Skipper Canteen. This is right by the Jungle Cruise in Adventureland. We love Skipper Canteen because of the atmosphere and actual value of the meals. Great menu and great portion size. We’ve now dined here several times and really enjoy the atmosphere. You do need to reserve dining in advance, but if you’re lucky you may get a walk-up spot.

What We Love About EPCOT

EPCOT is a very unusual place. It’s a combination of museums and exhibits, food and rides. EPCOT is such a crazy mix of all kinds of things, that until you go and explore it on your own, it’ll still be a mystery. Is EPCOT about outer space or under the sea or is it about drinks from all around the world? You’ll just have to see.

Best picks at EPCOT and a breakdown: EPCOT is much less magical but is fun for the food and rides. This is where you’ll find the high tech rides, classy adult beverages, wonderful recreations in the International Showcase. Victoria says that she feels that EPCOT is a more mature park and appeals to adults more. Lots of new features coming to EPCOT including an outer space restaurant, Space 220 (Now open!), a Ratatouille ride: Remy’s Ratatouille Adventure, and a Guardians of the Galaxy coaster: Cosmic Rewind (coming 2022!). Top picks for EPCOT attractions include:

Best restaurant pick in EPCOT: Garden Grill character dining. Located in the Land / World Nature area of EPCOT, Garden Grill is a family style buffet and there are awesome vegetarian options. The quality of food is top notch among the top restaurants in Disney World. They do a great job being careful about food allergens for guests. We had a great chef experience at Disney’s Aulani and taking care of our food allergies.

The other thing to consider with visiting EPCOT is that there are rotating food festivals. I just visited during Christmas and LOVED the Mele Kalikimaka Hawaiian food shop. So good and so much variety depending on when you visit! And there are lots of interesting beverages all around the park.

What to Expect in Hollywood Studios

Tip: the closest property to stay at near Hollywood Studios is Disney’s Art of Animation Resort, which also has a Skyliner stop to get there.

One of the best features of Disney’s Hollywood Studios is the whole Star Wars: Galaxy’s Edge area. Star War land is amazing and if you’re a Star Wars fan, you’ll love the details. As far as rides go, both Millennium Falcon: Smugglers Run and Rise of the Resistance are remarkable, with really cool technology and great story elements. Check out our Star Wars scavenger hunt for Galaxy’s Edge!

We tried to keep it to a minimum, but there are few great dining choices at Hollywood Studios. You’ll find a lot of quick service restaurants in Hollywood Studios, particularly in Commissary Row.

Disney’s Animal Kingdom is the fourth park at Disney World. It’s much more than a zoo, but is an immersive experience taking you all around the world, blending wildlife and cultures. The shows are fun, the rides are EPIC. The food is high quality. And we really love staying at the Animal Kingdom Lodge!

Check out our Complete Guide to Animal Kingdom!

Thanks for hanging out with us. Be sure to visit Victoria’s site, DisneyTrippers.com and reach out to her with any intensive planning inquiries for Disney World. She knows the best attractions in Disney World, knows a ton about the hotels on and off property, and is an amazing person in general. And also, please let us know if you have any questions!

CHECK OUT OUR MAIN PODCAST PAGE FOR MORE EPISODES!