6 Places to Embrace the Canadian Winter

The snow has begun to fall, and I had to dust off my winter jacket for the first time today. Winter in Saskatchewan is cringe worthy. Minus fifty Celsius winds, snow drifts against the door, those persistent drafts, pushing out stuck cars, frozen engines, slippery roads, tongues stuck to metal poles… the list goes on. Winter sucks.

But it doesn’t have to! Here are 6 places to embrace the world famous Canadian Winter:

I could just say “the Rockies” as the whole mountain range between Alberta and British Columbia is an outdoors-man’s paradise in the winter, but Banff has a special place in my heart so I’ll focus on that location.

Banff National Park is home to the stunningly beautiful Banff Springs Hotel – one of Canada’s most iconic buildings.  This luxury hotel was built during the 19th Century in a cross-country effort to make the vastness of Canada more appealing to tourists, and it worked. The hotel offers suites anywhere from $300 to $1,000 a night, but with over 300 rooms available, there’s always a place for you!

Tip:  plan a day that you can head out of the town of Banff early to check out Lake Louise too, because it’s a Canadian landmark not to miss!

Besides the gorgeous hotel, the town of Banff also boasts quaint shops and incredible shopping. Throw all that in with the downhill and cross country skiing, snowboarding, curling, skating, ice fishing, hiking and plethora of hot spring in the area, it’s a perfect winter getaway.

Tip: visiting in summer you’ll be among thousands of tourists everywhere in Banff. Visiting in the off season ensures unique, personal experiences, including hiking in the snow.

My only trip to Ottawa was in late October, but I’ve always wanted to go back in the winter. The main reason is to skate (or attempt to) on the Rideau Canal Skateway, a 7.8 kilometer long outdoor skating rink, making it the largest outdoor rink in the world. The canal was built for military purposes in the event that the United States invaded, in which case there was a lifeline between Montreal (the then capital of Canada) and Kingston (the then headquarters of the British military).

You can also go to Winterlude and take part in fire and ice sculpting (or just watch somebody else do it!) or visit the Snowflake Kingdom – the biggest snow playground on the continent! You can also go downhill and cross country skiing in Canada’s capital, if you didn’t get enough of that in Banff.

And if you’re hungry, swing by ByWard Market Square and grab yourself a Beaver Tail – a classic Canadian treat that US President Barack Obama had to try!  (It was our treat since they never invaded us again!)

Tip: people flock to Ottawa for the fun, so book your hotel as soon as you know you’ll be visiting.

If you love shopping but can’t afford Paris, Quebec City is the next best thing. From cobblestone streets and French architecture to a YEAR ROUND Christmas store, Quebec City is one of the best places in Canada to spend your winter.

In November they also close off some of the streets and Red Bull puts on “Red Bull Crashed Ice”, a high-paced downhill ski tournament through the winding francophone streets of the only walled city north of Mexico.

If you need a place to spend the night, be sure to check out the Hôtel de Glace, a 100% ice hotel, the only of its kind in North America. The hotel features a beautiful Great Hall, Chapel, ice slide, exhibitions and Ice Bar, as if you needed any more convincing.  You could also stay at the Fairmont Le Château Frontenac, the most photographed hotel in the world, if you’re looking to splurge.

Not nearly as big as Ottawa or Quebec City, Churchill is a nature lovers dream come true. Isolated from the hustle and bustle of Canada’s main cities, this community boats a population of only 813 people. Why head here? One reason in particular:  Polar bear tours!

Nestled on the edge of Hudson’s Bay, this community not only offers tours to go out and see polar bears up close, but it also has a problem with polar bears wandering into the city. On Halloween the police use helicopters and patrol the community to protect the kids from overly curious bumbling, snuggly snowy teddy bears.  (Okay, maybe not so snuggly. Seriously. Don’t get too close.)

Tip:  for the full run-down on experiencing the polar bears, check out our friends Dave and Deb’s guide to polar bear viewing and booking a trip up to the ice.

Besides polar bears, you can also see the majestic beluga whales, go ice-fishing, cross country skiing, kayaking and camping out in an igloo and watch the mesmerizing northern lights!

“Wait. Didn’t you say winters in Saskatchewan suck?” They are pretty awful, but that doesn’t mean there isn’t anything fun to do in the winter, particularly if you’re visiting Regina.

Regina offers a unique shopping experience at their annual Wintergreen Fine Craft Market where you can buy a variety of locally made crafts, such as dishes, artwork, jewelry, ornaments and – oh my god! – the fudge! If you miss Wintergreen that’s okay because there’s more awesome shopping experiences, such as the ChristKindl Markt and the Sparkle 2015 Christmas Jewelry Sale.

If you’re feeling outdoorsy, you can go skiing, skating, curling, roller blading, kite surfing or ATVing outside the city. You’re also welcome to catch a flight with the Regina Flying Club and view the city from above like I did a few weeks ago. Additionally you can go on a sleigh ride through the majestic Wascana Park, drop by a Pat’s game or catch a performance at the Globe Theatre, with “The Snow Queen” and the “The Hound of Baskervilles” coming up the next few months.

If you’re hungry, there’s always the dozens of excellent restaurants popping up downtown like Malt City, the Capitol Jazz Club and Tapas Bar, Slow Food Pub, the Cathedral Freehouse, Leopold’s Tavern or Bushwakkers Brewery that will leave your mouth watering for more!

Being next to the Pacific Ocean, Vancouver is spared the cold that the rest of Canada gets – and the snow. Instead, Vancouver trades it for rain, as November to March is their rainy season. Don’t let that deter you though; a warm, rainy day in Vancouver is a vacation from the blistery coldness on the other side of the Rockies.

When visiting Vancouver, you can check out the Bright Nights Train and Plaza at Stanley Park, an incredible display of over three million (one for every 11 Canadians) lights. If that doesn’t make you say “Merry Christmas/Happy Holidays/Whatever”, the Canyon Lights at Capilano Suspension Bridge Park is host to the world’s largest Christmas tree; a tree that is over 150 feet tall!

If that isn’t enough sparkly stuff for the holidays, the people of Vancouver are known for their incredible Christmas decorations, so taking a quick walk around any section of the city will lead to an incredible display of lights, snowflakes, Santa Clauses, elves and nativity scenes. If you’re of the Chinese ancestry – or even if you’re not – you can also celebrate Chinese New Year and see the best display of Chinese culture (dragons and all) anywhere in Canada!

Once you’re done staring at the lights, throw on your bathing suit and take part in the annual Polar Bear Swim where all Vancouverites take a dip in the English Bay on New Year’s Day!  Swimming in subzero temperatures not your cup of tea? That’s alright; you can warm yourself up with Vancouver’s Hot Chocolate Festival, Wine Festival or Beer Festival. You can also indulge in some incredible dishes at the Stake Restaurant and snuggle up with some felines at one of the many cat café’s popping up across Canada.

You can also take an hour and half bus ride to Whistler if you miss skiing and snowboarding from your time in Banff! You can never have too much fun with a fresh layer of snow!

Tip:  our favorite hotel in Vancouver, for both quality and location is the Sheraton Hotel Wall Centre, but the city is full of great accommodations, both international chains and boutique local.

We’d love to hear where you think the best place in Canada to embrace winter is! Let me know in the comments below!

Want to Pin it for planning your own winter trip to Canada?  Go for it!! 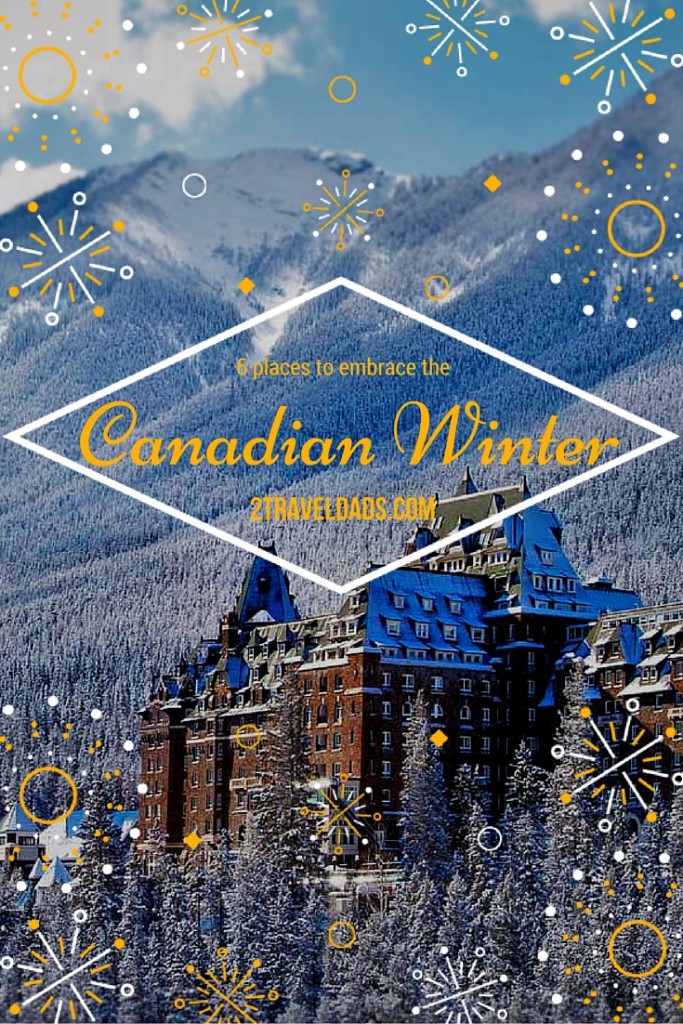 Thank you to Kenton De Jong of kentondejong.com for this great article highlighting some of the most fun and fascinating activities and sights in Canada, all meant to help embrace the Canadian Winter… 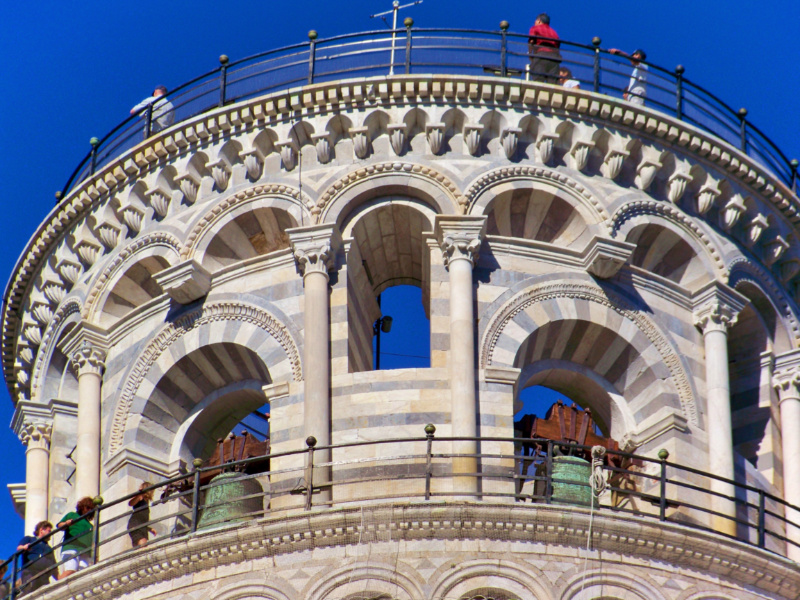 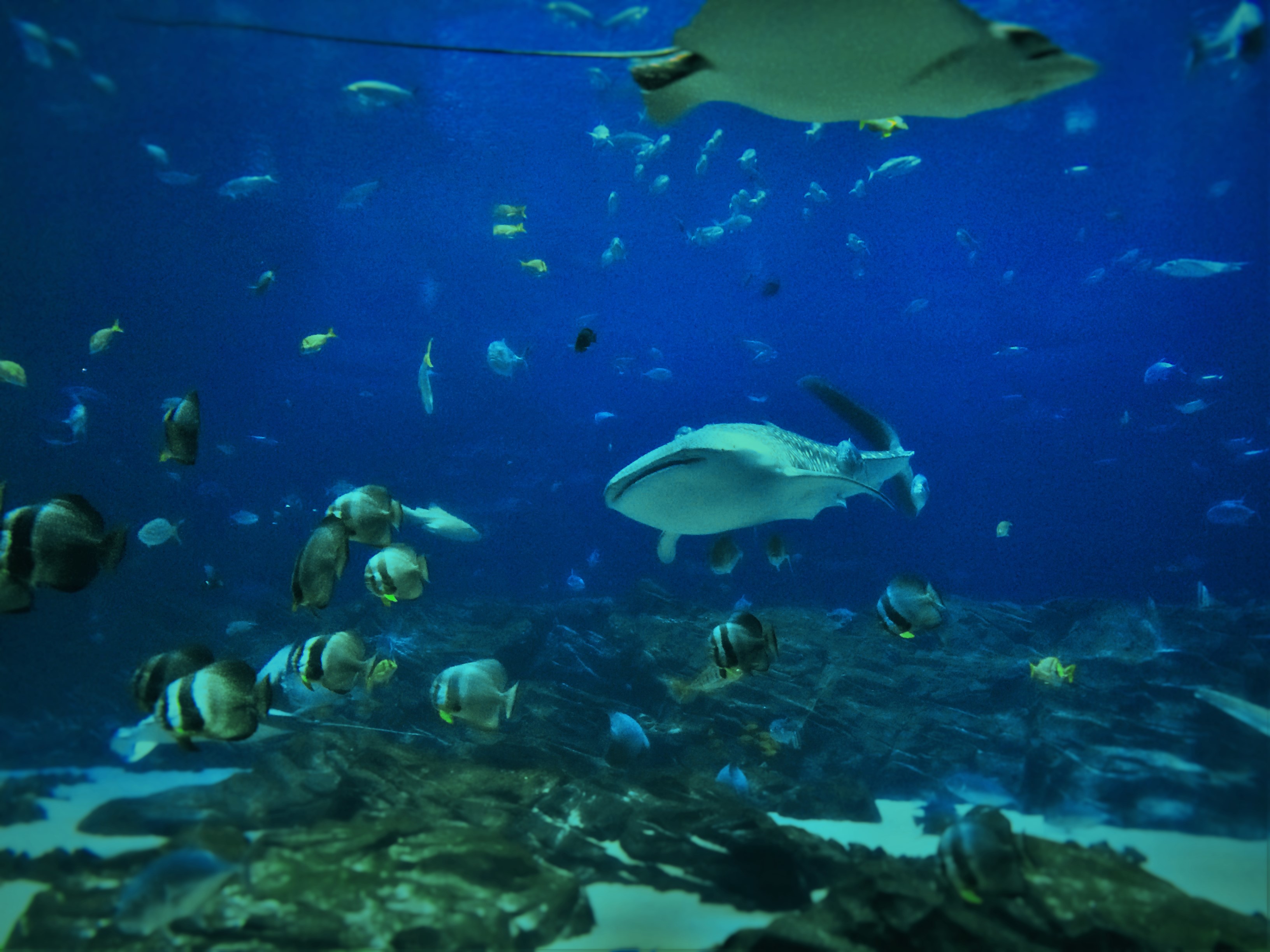 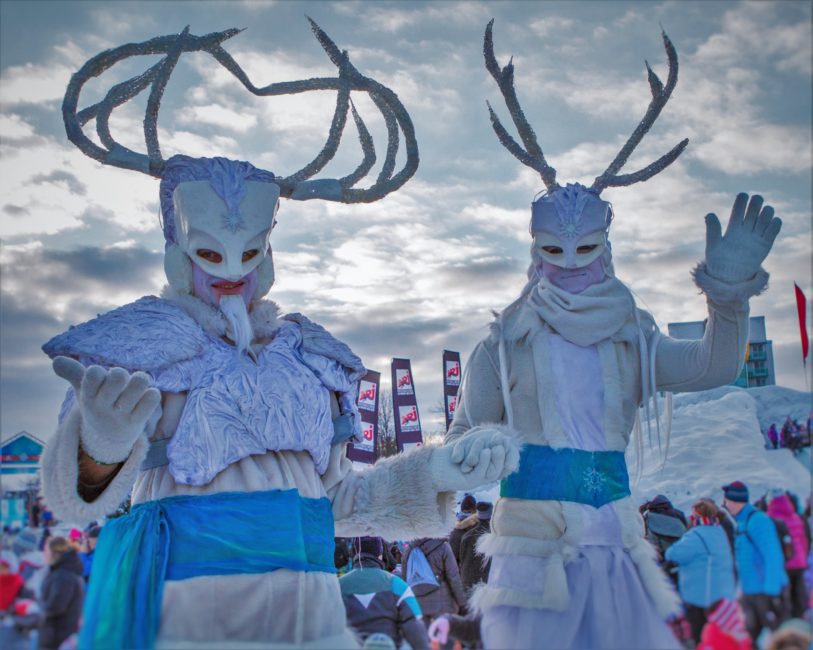 Winterlude in Ottawa:  Family Guide to the ultimate Canadian winterfest 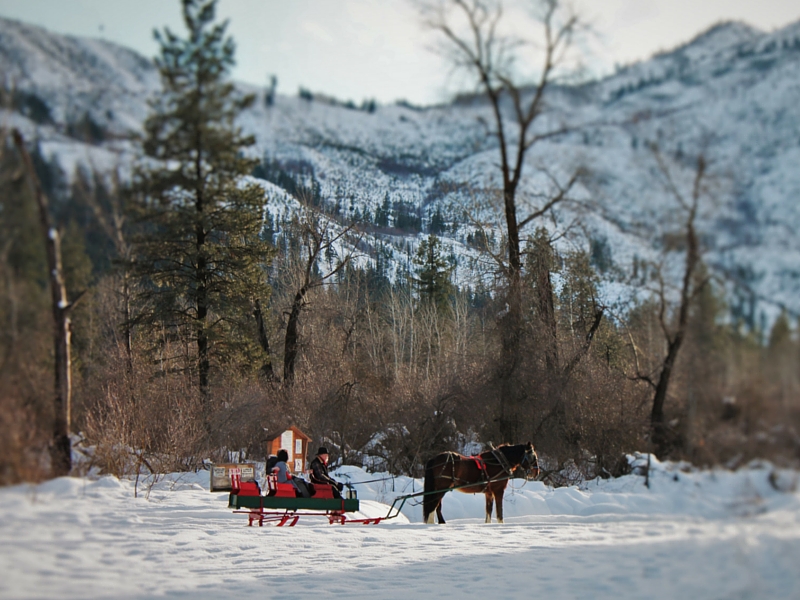