We’ve become aficionados when it comes to traveling without technology and instant communication, which is funny because when we’re at home we’re connected so easily.  Being in the grand blogosphere we’re told about all kinds of programs and services as they’re made available to travelers; some are awesome and some we forget that we were ever approached.  Insidr shared the details of a cell program with us and we do feel that this one is worth sharing.  Insidr is a business that will outfit a traveler with cell phone service in Paris at anytime and anywhere in the city.  Cell phone service in Paris would’ve been nice last time we were there… 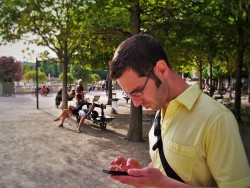 So, here’s the scoop and we’ll share some stories to validate why we’re sharing Insidr with you.  Cell phone service in Paris is invaluable if you’ve ever been wandering the city late at night or if you’re traveling with kids and trekked across the city and are confused.  Or if you’re traveling with friends and you’re easily distracted and get separated or lost.  Or if you’ve had some wine, and since you’re in Paris, you’ve no doubt had some wine.

How cell phone service in Paris would’ve helped us 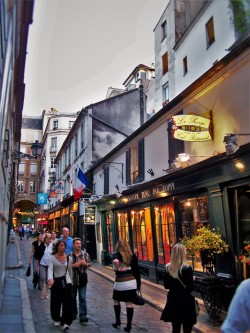 Picture it:  Chris and I wandering through the Latin Quarter like any other tourists and we need food, and there’s food everywhere, but we happen into… of all things… a Mexican restaurant in Paris.  Yeah, I don’t know what we were thinking, but gosh it would’ve been nice to either speak more French or have cell phone service and figure out a good way to have an authentic dinner in Paris.  Let’s just say that crepes in the street saved that night.

We had our cell phones from the USA with us, but we didn’t get the international cards to make it so we could use them.  Insidr would’ve helped us on many occasions, particularly this in the one moment, as it’s both good for calling and data coverage.  And the real-time help they offer that connects you with a local.  That would’ve been nice for that one time that we dined in error.  Wah wahh.

Another fun story:  me and a friend had ventured across town to the Montparnasse cemetery and somehow got all turned around and couldn’t find a Metro station.  Eventually we did and got back to our significant others (they’d been working earlier) to find that they’d already found a place to eat and had enjoyed a wonderful Parisian happy hour without us.  Our loss.  Sadface.  And I’m still bitter about it.

Tip:  if you’re going to split up a group, make an easy to remember plan for meeting back up, and be understanding if people are a little late returning.

Why else is Insidr cool?

Something we learned about Paris is that there are certain hangouts that are great for long hours of relaxing, blending in and playing Parisian and then there are places where the tourists go.  Both are awesome.  Something Insidr offers beyond cell phone service in Paris is actual local guides or suggestions for dining, meaning real-time Paris residents to give you advice or instructions.  They also partner with a few different Paris-specific apps to help a visitor see sights and eat food just like everybody wants to do in Paris.

Funny fact:  when you don’t know what to eat because you’re in Paris, you naturally resort to crepes.  That doesn’t have to happen, but it’s okay if it does.  Crepes and Indian food are awesome in Paris.  Ask for a recommendation for where to get the best of the best. 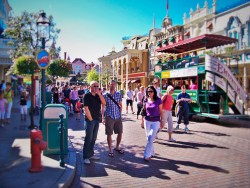 The other thing that we would have appreciated last time we were in Paris would have been some sort of local friend.  True, we had friends that worked for Disney so we got their aid and tips for getting to and doing Disneyland Paris, but that would’ve been helpful when we were playing tourist in the actual city.  Insidr offers that connection if you have gotten their cell phone service in Paris.  There are other guide services in other cities like this that seem pretty cool to use, so having it in Paris (almost as confusing as Venice) would be great. 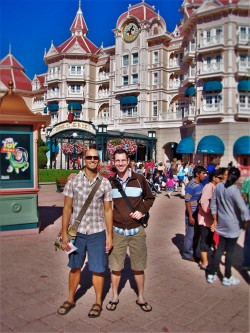 I think the best thing about being able to have cell phone service in Paris would be to feel connected to the rest of your family or traveling companions like you would at home.  We are pretty well past feeling the need to check in continually with each other, but we also haven’t been through Europe with kids.  I know that we’ll have a new-found need for this as the kids grow older and we go to more and more unusual places, or seek our more interesting sights.

Oh, and we also would have appreciated data coverage or a handy guide when we went to Louvre.  We had fun, sure.  We saw loads of incredible art, sure… but we spent a long time wandering.  Had we planned better or talked to ANYONE we could’ve had a better experience.

Insidr is ideal for family travelers 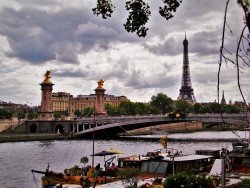 Thankfully we rarely split up when traveling, but when we do, we’re really clear about our plans and meeting up (actually thanks to being lost and separated in Paris we’re good at this).  Insidr has been created by a brother/sister team that understands family travel, the need to be connected to one another, and having the best and most worthwhile, authentic experience.  Paris with helpful technology AND helpful people making the experience even better… that sounds amazing.  Check out this great list of things to do in Paris with kids!

One last story:  picture us being full of energy and planning a day at the Louvre and then a gingerly evening stroll.  Not so much.  We learned quickly that wandering the Louvre on our own without a plan sucked our energy away, and then came our only travel struggle/quarrel ever:  finding lunch.  I just imagine that having a local help us with both aspects would’ve made that day much better.  I’d be all up for a redo on that one, and I think Chris would too. 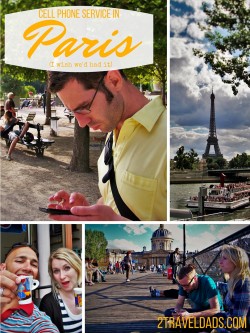 To recap why we chose to share all of this: a tool like Insidr and having actual cell phone service in Paris with a collection of helpers at your fingertips would make family travel in one of the coolest cities much easier and less daunting.  We’ll be back in Paris soon enough and will be in touch with Insidr to be sure to try out the service.

If you’re in the City of Lights sooner than us and have the opportunity to try it, please let us know what your experience is like.  Hopefully you’ll be spared wandering solo and missing dinner because you’ve got a handy tool.

This article was suggested by Insidr’s creators but the opinions, ideas and logical advice behind it is all from us.  We look forward to using Insidr to get data and cell phone service in Paris when we’re there next with the kids!

I love this! The Louvre photos made me giggle! It is huge! I definitely agree, Paris is a city where data is needed! I tried, and never would i do it again! I tried meeting a Parisian friend when i had only 24 hours in the city, and i thought picking a bench outside a cafe would make it easy.... nope... had to resort to borrowing a stranger's phone and using their wifi! To go along with my week highlighting tips for Paris and The Louvre, i'm definitely sharing this article with my readers! It's a great read! Thanks! :)

Just buy a local sim card? That's what I always do when I'm overseas. Or try some companies that offer portable wifi routers.

What a cool idea for an app! I wonder if there is this type of service for other countries, we could have used something like this in the US recently.

"when you don’t know what to eat because you’re in Paris, you naturally resort to crepes" couldn't relate more... I looove street crepes but I'd love some tips on those indian restaurants too ;-)

This sounds like a cool service and great addition that it offers suggestions and connects you with local guides. I remember having the "great" idea of not taking my phone with me when I went travelling so I could "switch-off" and well that lasted all of five days before I brought one with a data/call bundle. It is crazy to think how dependent we are on technology these days. I really couldn't have gotten by without it!